COVERAGE of the NCAA CHAMPIONSHIP GAME

This page provides a summary of research results for Yahoo! Sports’s photographic coverage of the  final game of the NCAA March Madness tournament.

Overall, researchers pinned* 170 photos and videos from Yahoo! Sports the night of and day after the NCAA Championship.  Although photos comprised a majority of Yahoo’s visual coverage, Yahoo! Sports also posted Youtube videos and GIFs. 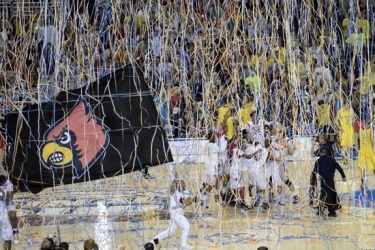 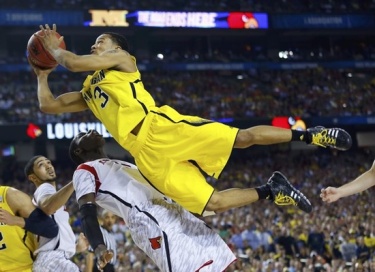 More than half of Yahoo’s coverage featured the actual game. — Yahoo! Sports

These images from Yahoo! Sports are a sampling of its photo coverage of the NCAA Championship game. Clicking a photo links to the Pinterest board of that photo.

Focus of YAHOO! SPORTS’ Photo Coverage during the NCAA Championship 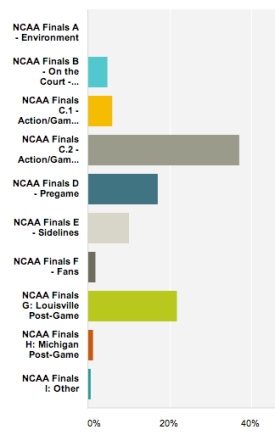 The majority of Yahoo Sports‘ photos focused on action and game play.

It is fair to note, however, that the number of photographs of either game collected for any given site is a rough indication of the commitment of that site to photographically covering that specific game